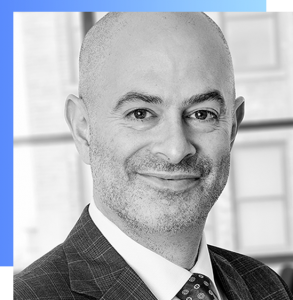 Prior to founding Schulman Bhattacharya, Jeremy Wyeth Schulman was Vice Chair of the Commercial Litigation Department of Shulman Rogers, and before that was a leading commercial litigator in the Washington office of Milbank, Tweed, Hadley & McCloy LLP, the New York and Washington offices of Paul, Weiss, Rifkind, Wharton & Garrison LLP, and the New York office of LeBoeuf, Lamb, Greene & MacRae LLP. He began his career as a law clerk to the Honorable John M. Steadman, Associate Judge of the District of Columbia Court of Appeals in Washington, D.C.

Just what is commercial litigation though?

Jeremy Schulman has been involved in difficult and complex cases that span across the globe and has become one of the premier attorneys that foreign governments call.

Built with love by ACS Creative.